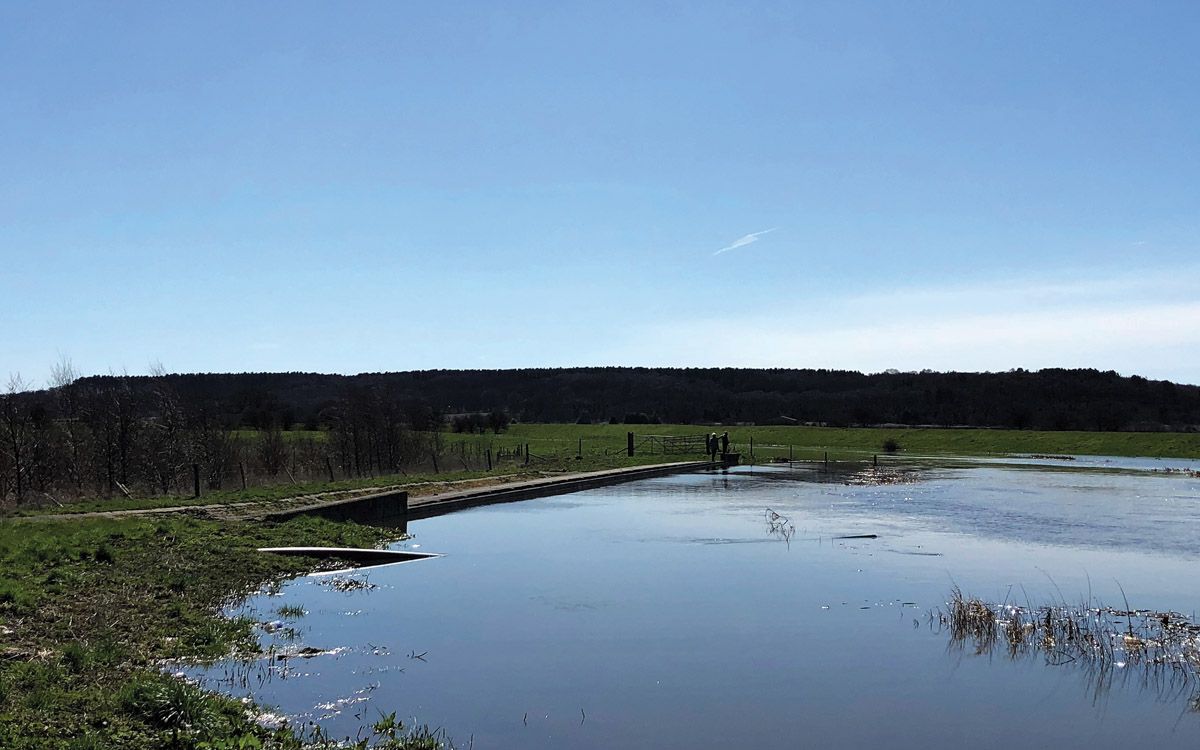 Written by Sally Outram on 16 January 2022. Posted in Health & Fitness.

Subtitle: Winter Walks
Excerpt: In this issue we have a lovely winter walk in Austerfield by travel writer and photojournalist Sally Outram.

This lovely winter walk takes us on a journey exploring nature, and through the regions long and interesting history. The village of Austerfield sits on the borders of Nottinghamshire and South Yorkshire and is just a stone throw away from the market town of Bawtry.

In AD 702, Austerfield was on the border between the two Anglo Saxon Kingdoms of Mercia and Northumbria, its name is Germanic in origin (Ouestraefeld), meaning Eastern field. The ancient village has seen many changes through the ages and is possibly best known for its strong links with the Pilgrim Fathers and William Bradford is thought to have lived in Austerfield Manor House with his grandfather and uncles. William Bradford became a separatist before fleeing to Holland before his epic voyage to America on the Mayflower in 1620, and he became the second elected governor of the Plymouth Colony in Massachusetts in 1621. By the 1930s the Manor house was in a poor condition, however, during the second world war, it was frequently visited by American serviceman who came to pay homage to William Bradford’s home.

The beautiful Church of St. Helena is definitely worth a visit. The current church was built in the Norman era out of rubble and stone quarried from Roache Abbey. The south doorway is spectacular, with a splendid example of 12th century architecture, a beautiful carved Tympanum depicting a carved dragon with an arrow shaped tail. Inside you can see the magnificent stained-glass windows by Charles Eamer Kempe, and the ones on the North aisle commemorate the 400th anniversary of William Bradford’s baptism at the church, were designed by Septimus Waugh in 1989. There is also a War Memorial which commemorates the parish men who lost their lives in the great war of 1914 – 1918, this can be found on the south wall of the nave.

As you make your way through the village, you will also notice the old school building. This was built in 1882 and remained a functional school until 1972. In 1973 the Austerfield Study Centre was established, which provides outdoor education for local schools. Behind the centre is a hundred-acre (Mosaic)Nature Reserve, which is managed by the Mosaic Trust. The reserve provides a valuable habitat for a variety of wildlife, flora, and fauna, and is a beautiful and peaceful place to connect with nature and to study the environment. The Trust manages and maintains a former sand quarry, which was donated to the local community for leisure purposes and is often used by the study centre as an educational resource.

Just a short distance away from Austerfield is Bawtry and it's the perfect place to continue your journey through time. This eclectic market town is bursting with history and was originally a Roman settlement which was located on Ermine Street, the major Roman road, which ran from London to Lincoln and then on to York, passing through Bawtry.

Today the historical town hosts a variety of bars, boutiques, and interesting buildings, especially Bawtry Hall, once a country house, is more famously known for being the base for RAF No.1 Group Bomber Command during the Second World War. It is worth taking some extra time to fully explore the quaint streets and alleyways and the beautiful architecture the town has to offer, and there are plenty of places to enjoy a bite to eat after your walk!

Refreshments: There are plenty of places locally to choose from, especially in nearby Bawtry.