A Cultural exchange for the mayflower 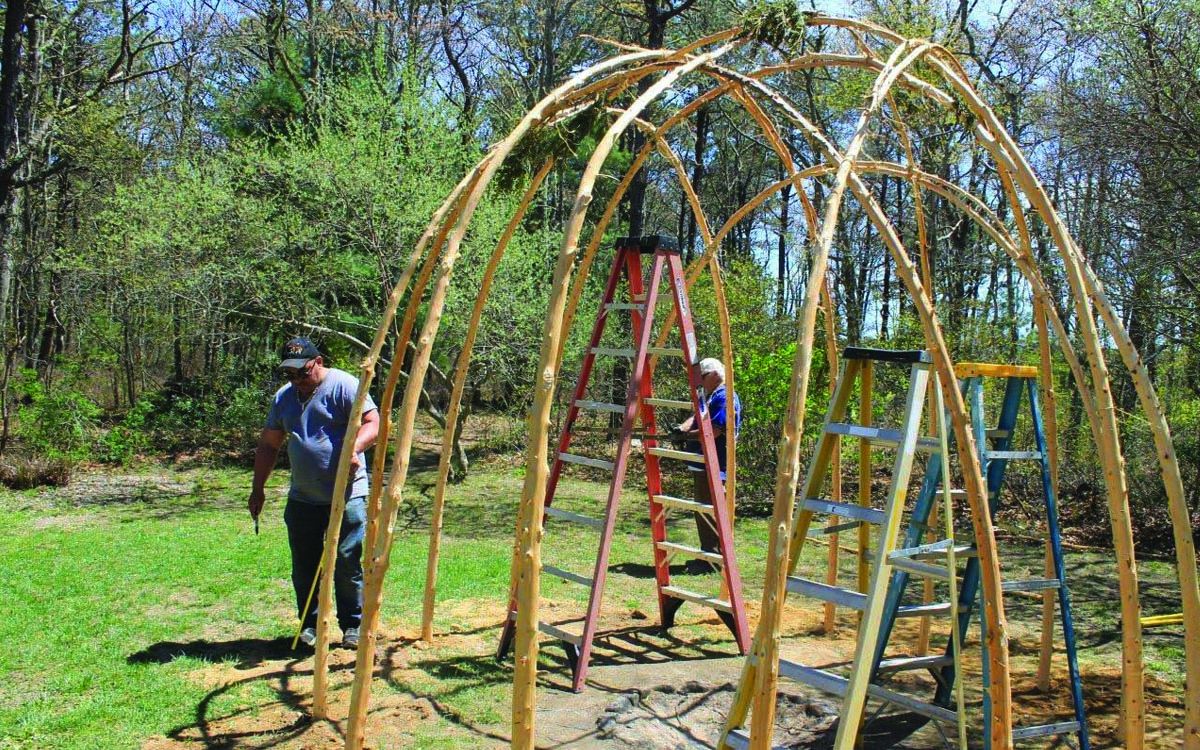 This September, the Pilgrim Roots team based in Bassetlaw Museum will welcome representatives of the Wampanoag Nation for a cultural exchange visit. The Wampanoag are partners in the Mayflower 400 Four Nations commemorations, along with the UK, the USA and the Netherlands.

The Wampanoag’s ancestors were living in Massachusetts when the Mayflower arrived on their shores in 1620. They were instrumental in the survival of the early colonists, who had arrived during the winter when food was scarce and conditions were harsh. People living along the east coast of America were greatly impacted by the arrival of European colonists, with many of them already having died from diseases spread through contact with previous explorers.

Bassetlaw District Council’s Wampanoag Perspective project is planned for the 20th-25th September. A traditional Wampanoag dwelling called a wetu will be created, and there will be a cultural showcase of traditional music and dance, and conference on acceptance. Programme details will be announced on the Pilgrim Roots website (including any changes to the programme should travel from the US not be possible). The special guests will meet local school children and residents as they build the wetu in Bassetlaw Museum’s grounds, sharing their history, culture, and perspective.

Mayflower 400 recently released a specially prepared speech from Paula Peters, a historian and activist from the Mashpee Wampanoag tribe, highlighting why Wampanoag truths and traditions are so crucial to the Mayflower story.

Paula has dedicated her time to raising awareness of the shared history of the nations and confronting difficult truths of the Mayflower story. For more than 12,000 years, the Wampanoag Nation has inhabited present-day Massachusetts and Eastern Rhode Island. The impact of the Pilgrims’ arrival on the indigenous people has been widely marginalised in the telling of the story. Paula’s work, alongside other influential figures, has ensured Native America's central role the Mayflower 400 anniversary has been acknowledged and shared.

For the last decade, Mayflower 400 has worked with the Wampanoag people to help keep the stories of their ancestors alive through commemorative projects, exhibitions and events. Paula delivered a strong message, and recognised that, "Among the Wampanoag and indigenous people of this country, Mayflower conjures up different emotions. The ship did not land in a new world, but in fact a very old world.

"For 400 years, the Mayflower narrative has favoured the glory of the Pilgrims and marginalised the Wampanoag truth. Today, I am grateful for this opportunity to take my people's story out of the margins and onto this international platform to be fairly consumed.

"To stand with Mayflower 400 as a partner in representing this story and allow all of you to decide how to feel about it, to tell you that I do not hold you accountable for the actions of your ancestors. I hold you responsible for the future."

Coming up later this year: the final Mayflower 400 Illuminate events will take place in November, marking the 400th anniversary of the Pilgrims’ first Thanksgiving in America.