Over its 400-year history the Welbeck estate has stood the test of time. It has welcomed politicians, dignitaries and royalty and played a role in significant milestones in the country’s history. Here we take a look back at the estate’s past…
Jan 1, 2021  |  Jon Rogers  |  Heritage 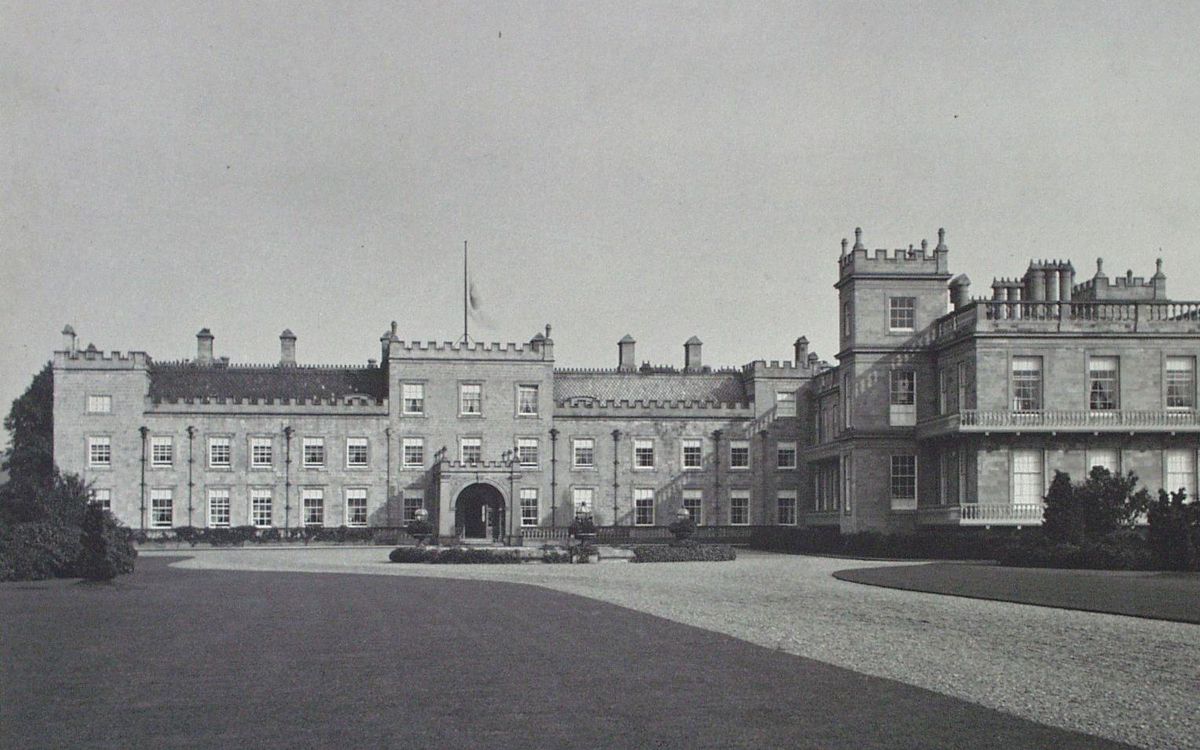 Set in 15,000 acres of rolling parkland on the edge of Sherwood Forest, the estate surrounding the historic Welbeck Abbey is no stranger to reinvention and change. From its foundations as a monastery in 1153, it became a Cavalier residence before its later role as the country seat to a succession of Dukes of Portland. For a short time, the estate formed a base for an army hospital during the First World War and it became an army training college from the 1950s through to 2005.

It was back in 1607 that its fortunes first changed when the former monastery was acquired by Sir Charles Cavendish, the youngest son of the famed Bess of Hardwick. Since then the estate has been handed down through the generations with family members including the 3rd Duke of Portland, who was twice Prime Minister, and Sir Edward Harley, whose extensive collection was the foundation for the British Library.

Each generation has made its mark on the estate. Not more so than the 5th Duke of Portland - most famously known as the ‘burrowing duke.’ He was responsible for commissioning an extraordinary range of buildings as well as a network of tunnels below the estate. He was also the man behind the creation of the estate’s kitchen gardens - the biggest in Britain, no less – and the development of one of the largest riding schools in the world. It was second only to one in Moscow.

Welbeck Village at the heart of the estate was also one of his legacies. Today this private village is closed to the public and, hidden away, remains barely touched by modern day. It looks not unlike it did back in the 19th century but today behind the doors of the former stables, riding school, poultry house and barns is a thriving community of artisan food producers, artists, makers and businesses.

As part of an ambitious 20-year programme more buildings are also being given a new lease of life. Known as the Welbeck Project, it was devised to build a creative and sustainable community through the development of the estate’s buildings; many of which had been used by the army training college over its five decades as custodian.

“Life on the estate doesn’t stand still and it continues to evolve,” said Ian Goodwin, Chief Executive of the Welbeck Estates Company.

“Estates like Welbeck exude a sense of history and permanence and it’s easy to think they will remain unchanged for centuries to come.”

“The great estates we know today are those that survived through difficult times when others were broken up or sold-off. Welbeck though has always adapted and evolved to thrive in the future.”

In 2020 a group of barns at Holbeck, along with a former farm worker’s cottage at Belph, were turned into holiday accommodation, while other properties were transformed into family homes. Former garages in Lower Motor Yard have also been converted to create new training facilities adjoining The School of Artisan Food. Funded by the Barbara Curtis Charitable Trust, it provides more space for the training of students in artisan food production.

Plans are in the pipeline too to convert other buildings including the impressive Stable Court and also the magnificent Old School building, which has so far been village school, estate office and then infirmary for Welbeck College. 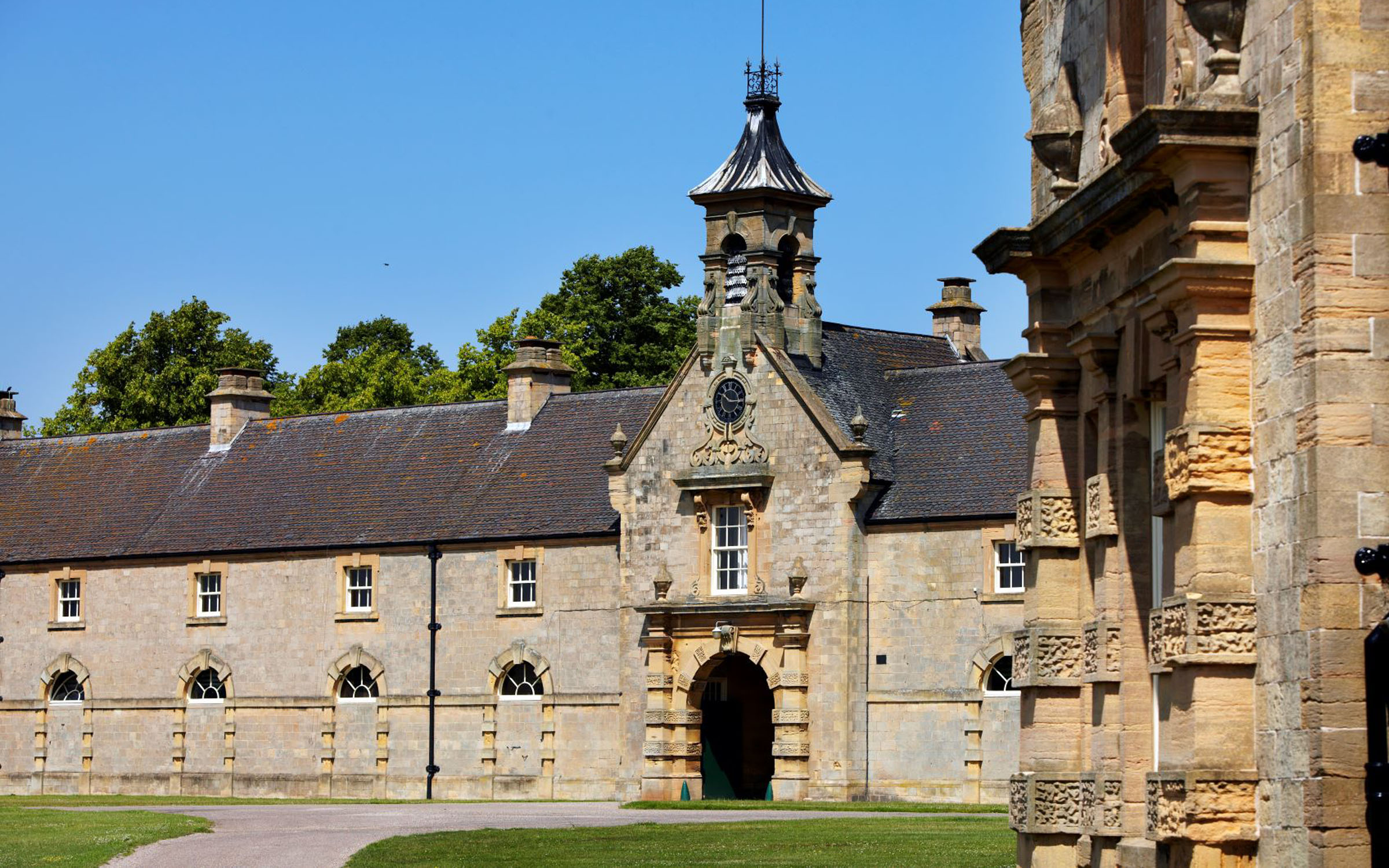 Welbeck has more than 350 houses, lodges, cottages and farms across the estate that takes in the villages of Cuckney, Norton, Holbeck and Holbeck Woodhouse. Many of the properties were built originally for the army of estate workers who were responsible for the upkeep of Welbeck Abbey and its 15,000 acres. Today many of the houses and lodges are still lived in by estate workers, while others are let.

Curator, Sophie Littlewood, has lived and worked on the Welbeck estate for the past three years and loves the peace and quiet of the surroundings.

“One of the reasons I love living on the estate is the sense of being part of Welbeck’s history,” she said. “Staff have lived and worked here for hundreds of years and it’s nice to feel involved in the continuation of that.”

“Relatively little has changed and there’s something good about staff still living and working on the estate in the same way they have done for generations.”

Welbeck, of course, is also home to a large number of artists and makers. Among those is Ruth Waller, who together with Lee Hewett, creates textile art for clients across the globe from their workspace within the Harley Studios on the estate. They also live in one of the estate’s lodges just a short walking distance from the studio.

“I love living on the estate; it’s such an unusual place and it’s great working here. In fact, I probably spend a large amount of time in the workshop. I enjoy the walk from home to the Harley Studios and spending my days being creative within the studios. Welbeck is such an inspiring place.”

No stranger to reinvention, here are just some of the previous transformations that have taken place on the estate: 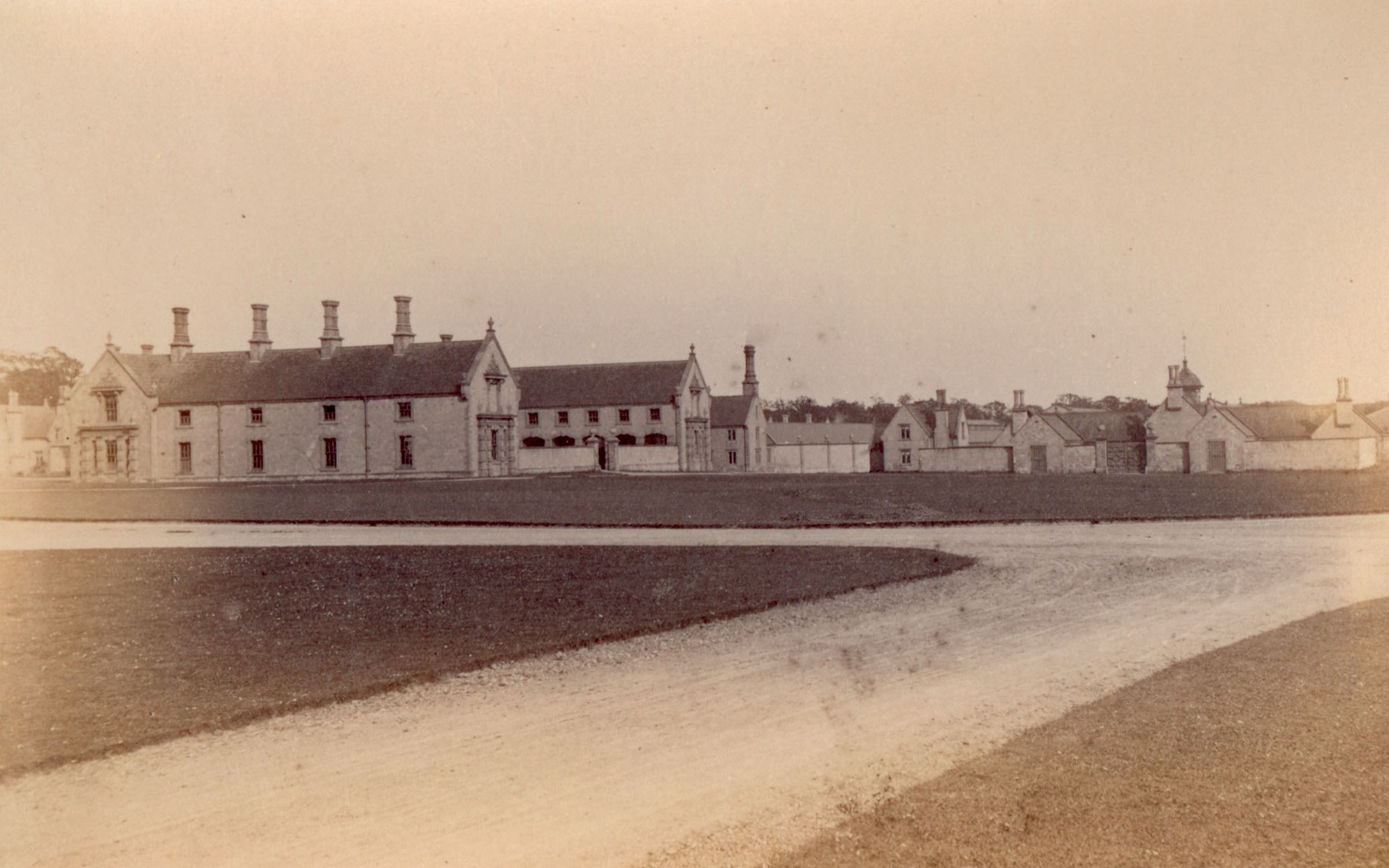 As part of his plan to develop the grandest buildings, the 5th Duke replaced an existing, much smaller Riding School with a new Riding House to rival all riding houses. It was said to have been inspired by Joseph Paxton’s Crystal Palace, which had been built in 1851 for the Great Exhibition. It’s now home to a publishing business. 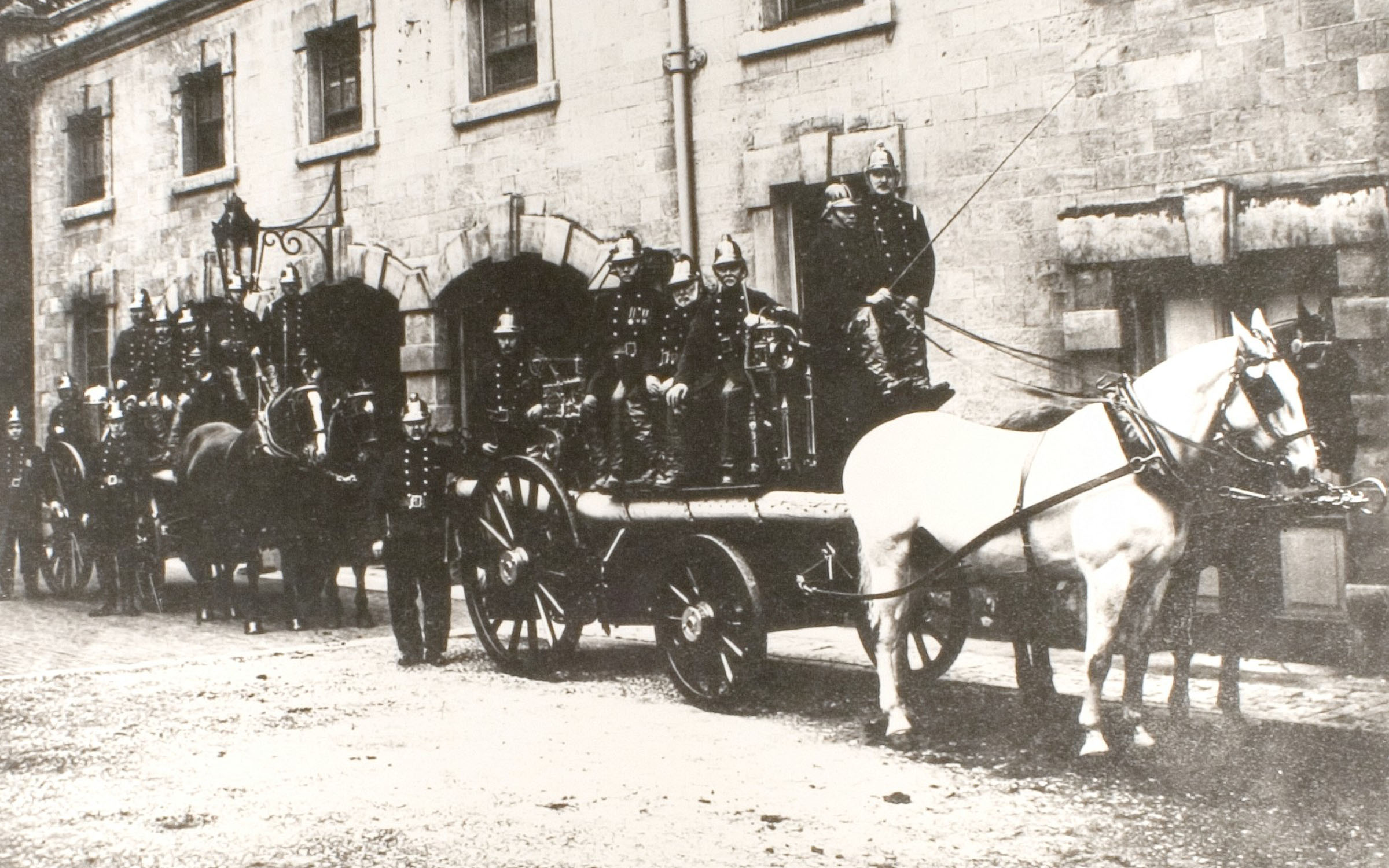 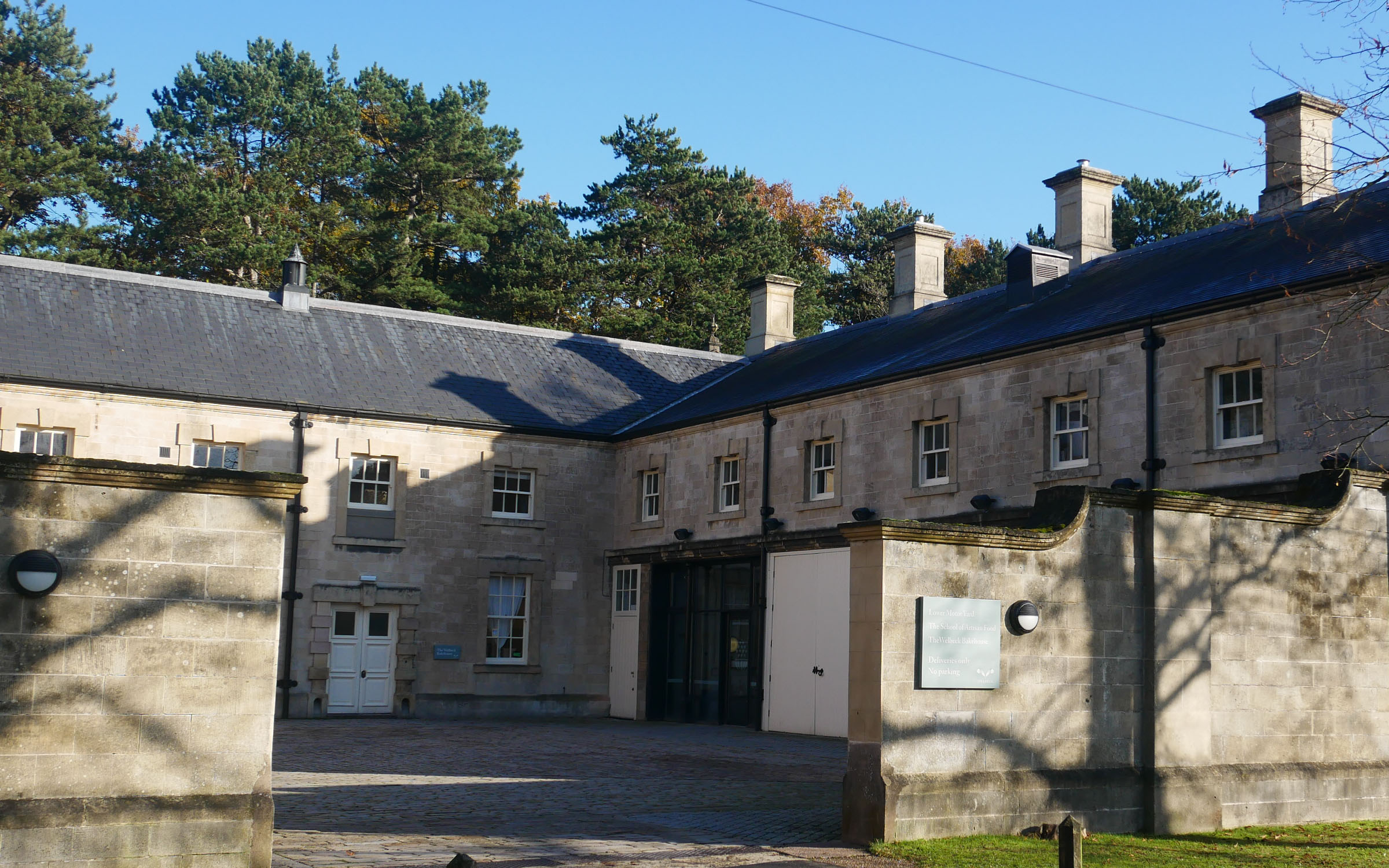 The Grade II listed former Fire Stables was another of the 5th Duke’s buildings and was used by Welbeck’s own Fire Brigade. As time progressed though, the area was no longer needed as stabling and was turned into garaging for cars belonging to visiting dignitaries. It’s now home to The School of Artisan Food and Welbeck Bakehouse. The former garages alongside The School have this year been converted into additional high-tech training facilities thanks to funding from the Barbara Curtis Charitable Trust. 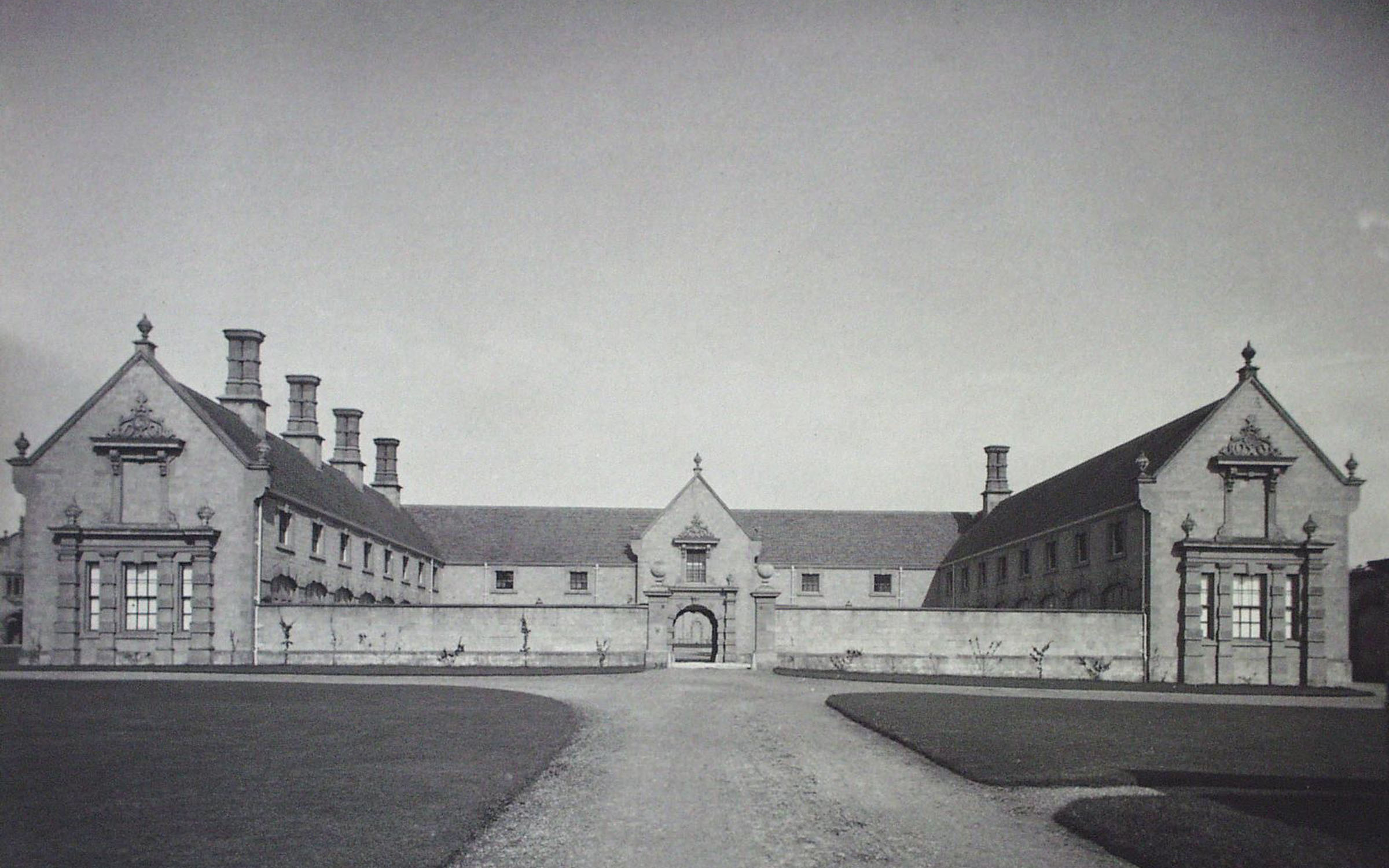 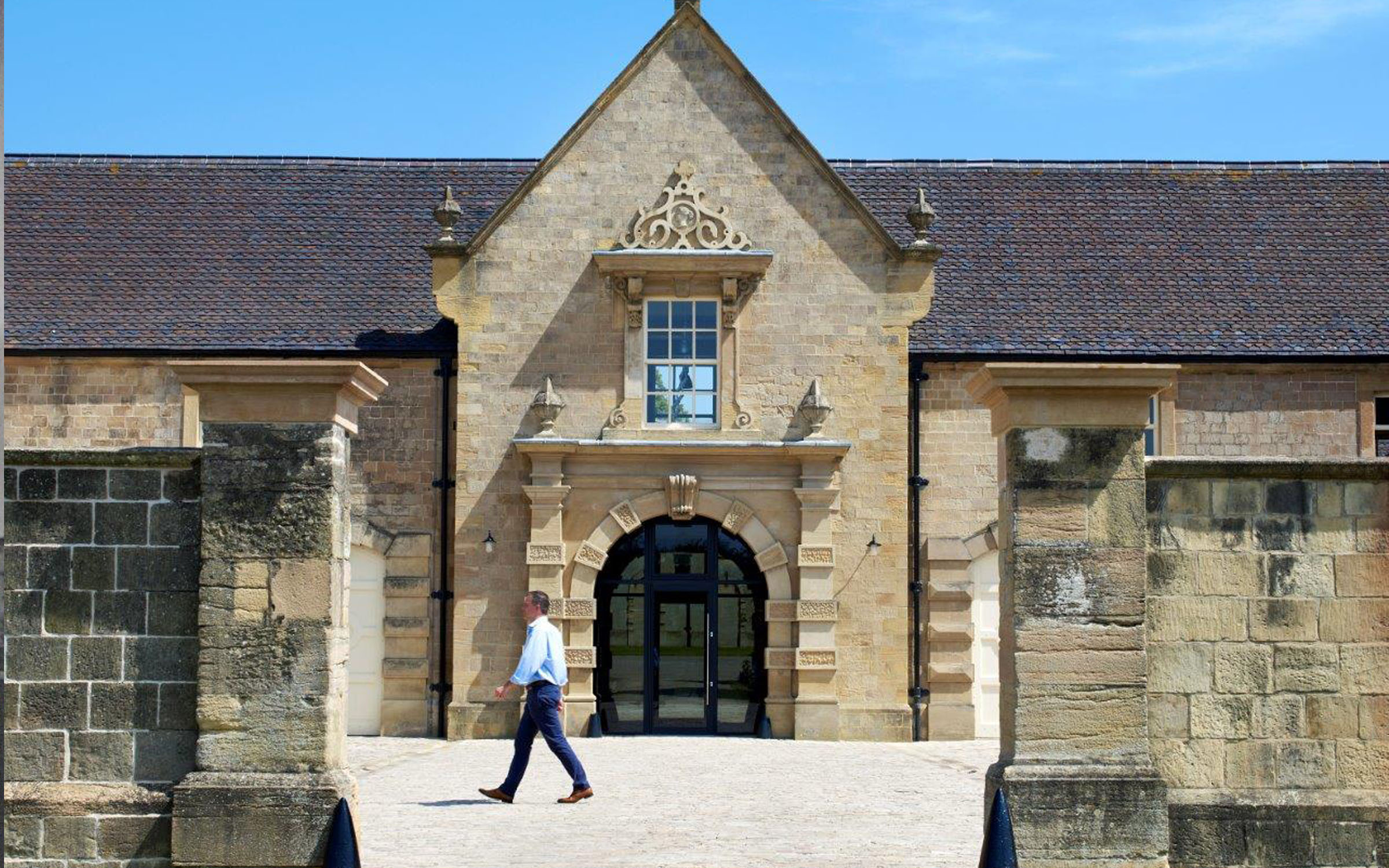 Carriage Court
Pictured during the 19th century and as it is today with space to let for businesses.

Built as part of the 5th Duke of Portland’s building works, Carriage Court was originally intended as storage for the family’s horse-drawn carriages and to provide extra stabling. The building included carriage houses, stables, a mess room and accommodation for grooms. It was modified during the years of the army training college and later, as part of the Welbeck Project, was transformed into offices to let to businesses. 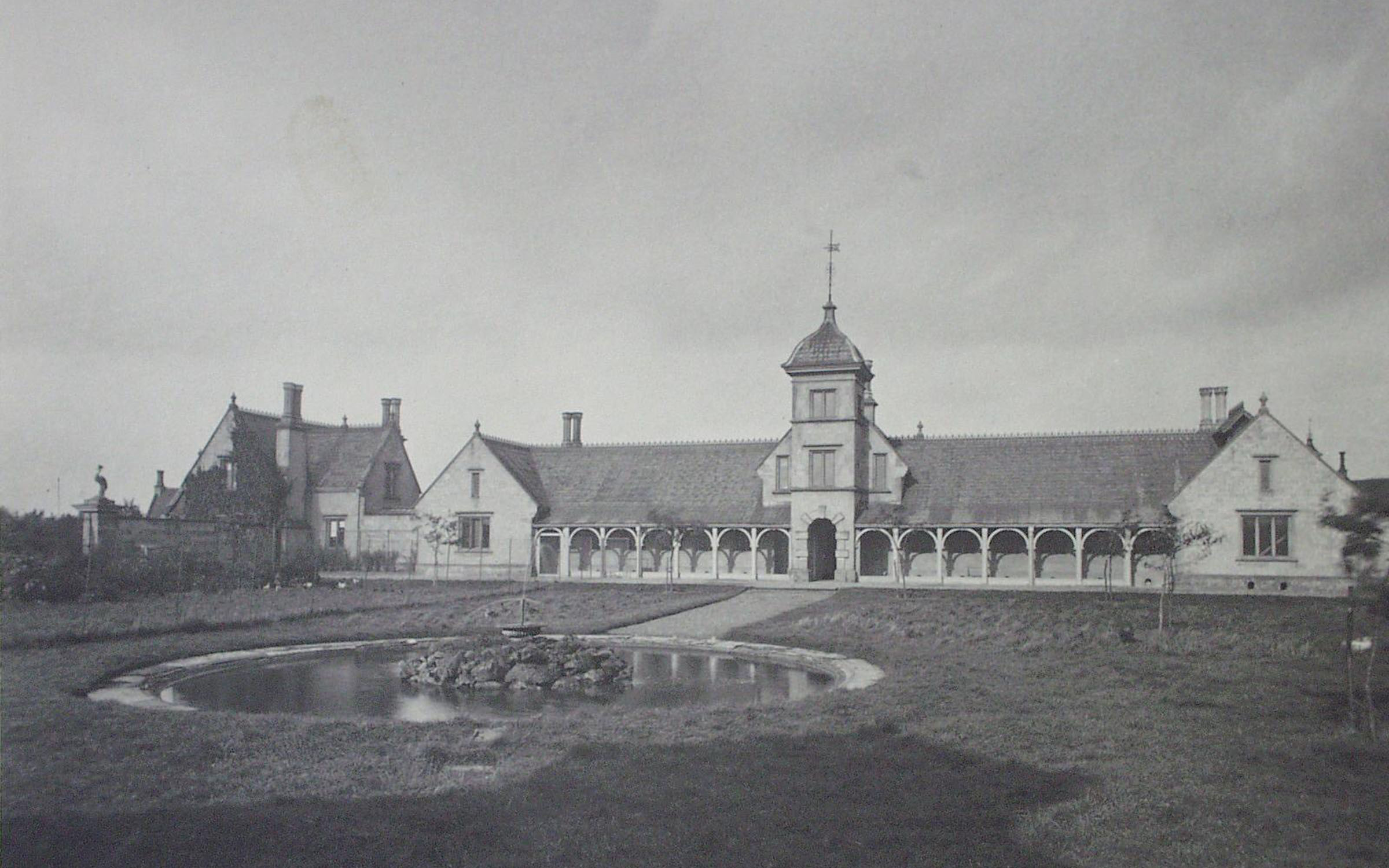 Poultry Yard
Pictured as it was in the 19th century

Welbeck’s Poultry House is perhaps one of the grandest examples of a building of its type. It was built for chicken, fowl and ducks and included a little tower, dovecote, ornamental pond, and fountain. The building is still as impressive with its statues of peacocks. Today it’s home to a nursery school.

We would like to thank Welbeck Estate for the imagery and details for this feature. For further details and for information on tours please visit: www.welbeck.co.uk 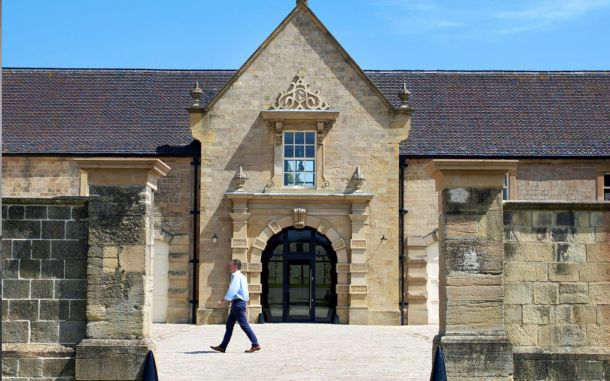 Welbeck Abbey to open for tours for a short spell in 2021. 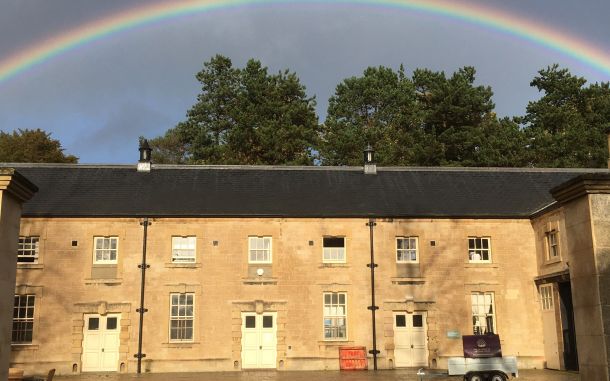 A Calculated Move Into Food

2020 was unusual for us all with the lockdown giving some people time to rethink their life and their jobs and make a change in direction. Here we talk to two people who swapped city life and moved to the rural estate of Welbeck in pursuit of their dream career…