Lord George Byron is regarded as one of the greatest English poets and leading figures in the Romantic movement. A flamboyant rogue, he became known as the most fashionable poet of Georgian England, before scandalous affairs and spiralling debt led to exile in Europe. Here Made looks back at his colourful life and ancestral ties with north Nottinghamshire.
Sep 7, 2021  |  Katie Hogg  |  Heritage 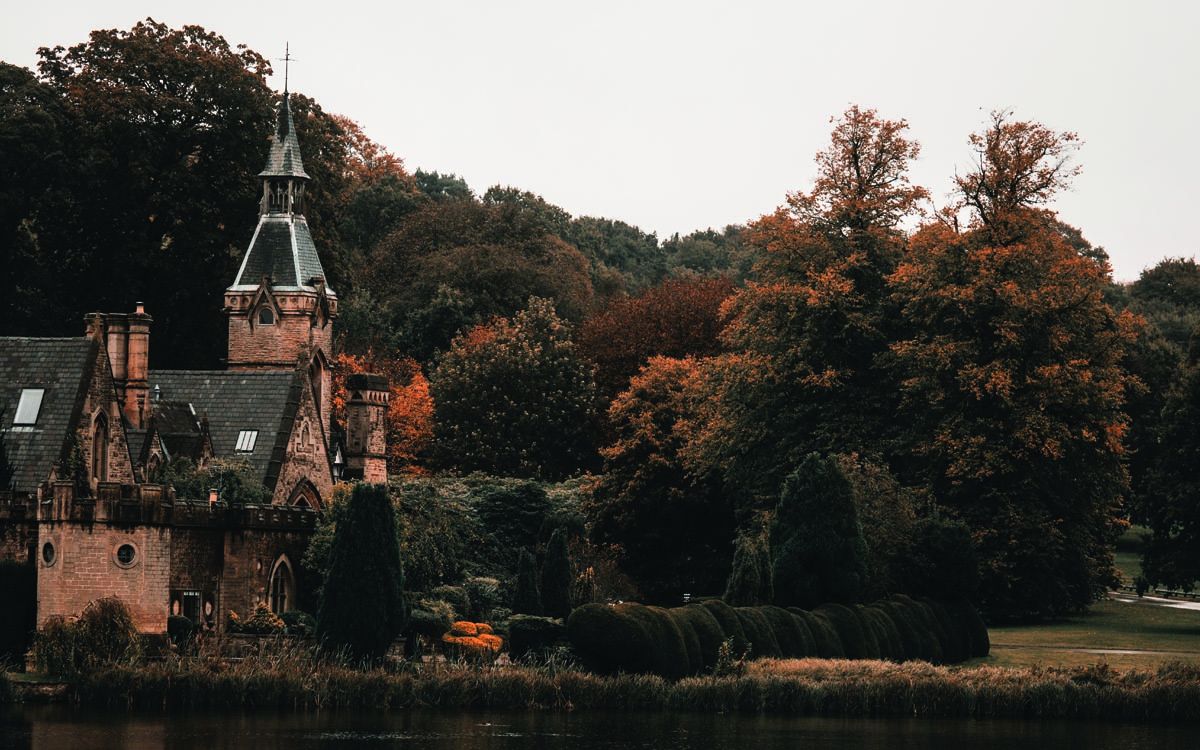 Captain Jack ran off with the wife of the future 5th Duke of Leeds, whom he later married, but his gambling extremes and penchant for living above his means saw him squander away much of her money. And when she died, her inheritance died with her, leaving him to look for a new wife.

Enter Catherine Gordon of Gight from the county of Aberdeen, a Scottish heiress who Jack met in 1785, and married only a few weeks later. Of course, her money was used to pay off his debts and fund his extravagant and unscrupulous life, and yet as much as he was a waster, curiously he was also a spendthrift, and eventually they moved to France for a cheaper way of life.

Catherine Gordon returned to England, alone, for the birth of their son. Catherine and her son George lived in a flat in Aberdeen in comparative poverty, and she became a heavy drinker. Jack stayed in France, dying three years later, never seeing his young son.

Lord Byron was born with a deformity of his leg and foot that plagued him all of his life. He grew up in a volatile aristocratic world that swung between violence, poverty and moments of tenderness. His deformity led to great suffering through jeering taunts, even from his mother.

After the death of his father and uncle, Lord Byron and his mother moved from their home in Aberdeenshire to his inherited ancestral home of Newstead Abbey in north Nottinghamshire. Lord Byron was just 10 and inherited the title of 6th Baron Byron of Rochdale.

Mother and son only stayed there fleetingly as his guardian rented out the property to a tenant leaving the pair to live in Nottingham and later in Southwell.

Lord Byron’s time at Nottingham lasted around a year where he lodged at no. 76, St James's Street - an elegant Grade-II listed townhouse - from 1798 until 1799. The property was purposely chosen in order for the young Baron to be near the Infirmary where he was being treated for his 'deformed' foot.

In 1803 Mrs Byron took a lease of Burgage Manor overlooking Burgage Green in Southwell until 1808. Byron visited but often complained that Southwell was full of ‘old persons and old maids’ although he did find friendship there with Elizabeth Pigot, who was five years his senior. During his school vacations from Harrow and then Cambridge, Byron would often visit the Pigot household, and it was during the summer of 1806 that he completed work on his first book of poems, Fugitive Pieces, which was privately published in November 1806, and two subsequent collections, Poems on Various Occasions, and Hours of Idleness. He also had a fondness for amateur dramatics during this time. Mrs Byron gave up the lease of Burgage Manor and returned to Newstead in 1808.

After graduating from Cambridge that same year, at the age of 21, Byron joined his mother and settled at Newstead Abbey where he undertook (but did not contribute financially towards) a great many renovations to the estate. He returned to London in time for his 21st birthday on 22 January 1809, at which point he inherited the family estates in his own right.

Byron had by this point acquired a liking for spending money and for partying. He was over £10,000 in debt by the time he graduated. Newstead served as the ideal location outside of the city for him to hold his wildest parties and entertain guests with his flamboyant charm.

The flamboyancy was seemingly inherited from his great-uncle William, also known as the Wicked Lord or the Devil Byron. A force of nature with a penchant for spending money. He was particularly keen on embellishing the landscapes of his property including the lakes and follies at Newstead, where he had mock naval battles. It is said he even fired real cannon at his staff! Eventually though William had to flee the estate for killing his cousin in a duel before ending his days in France.

We return to Lord Byron. On 13 March 1809 he took his seat in the House of Lords and attended on a number of occasions before embarking on a tour that summer of the southern Mediterranean region, including stops in Malta, Sicily, Greece, Albania and Portugal. He returned to England in July 1811 but tragically was unable to return to Newstead in time before his mother died on 1st August.

It was at that point that Byron chose to focus on a political career in the House of Lords, making his maiden speech on the framework knitters’ bill on 27th February 1812. It was around this time that aligned himself with the opposition Foxite-Whigs, but his interest in politics waned once his work Childe Harold’s Pilgrimage was published in 1812, a turning point in his career and the transition into quite the talk of literary London.

A new status as a literary figure gave rise to Byron’s decision to liquidate his debts by selling Newstead Abbey in August 1814. It didn’t actually sell, but was ‘bought’ privately by Thomas Claughton, an attorney from Lancashire, but the deal fell through later that month, prompting Byron to pay a visit to the estate with his half-sister Augusta and her children.

In September 1814 he proposed (by post) to Annabella Milbanke, who he married on 2nd January 1815. They had one daughter, Ada. Byron never took Annabella to Newstead and the marriage soon turned sour.

By this point Byron had become known as perhaps the first ‘celebrity’ through his influence on men’s fashion, his extravagant lifestyle, and of course for his words that melted young women’s hearts.

But his celebrity status eventually turned to notoriety, in particular following an affair with Lady Caroline Lamb, who coined Byron ‘mad, bad and dangerous to know’. It is a title that stuck hard. Interestingly, she continued to stalk the poet long after their separation.

The scandal only heightened the woes of a disastrous marriage, and this coupled with mounting debts and increasing scandalous rumours regarding his relationship with his half-sister Augusta, saw his popularity take a turn for the worse.

Public opinion was turning hostile, so Byron took the decision to exile himself to Europe. First to Geneva in 1816 and then onto Italy in various places, including Venice and Genoa.

Newstead Abbey was finally sold in 1817 to Colonel Thomas Wildman, although the transaction took until 1819 to complete, largely because of the time taken for papers to go backwards and forwards to Italy for Byron’s signature. It was the end of an era for the Byron family, and after the sale of Newstead, Byron had no further links to Nottinghamshire until his death.

Byron continued to live and write in Italy until 1823 before moving to Greece the same year. It was during those years of self-exile and travel throughout Europe that Byron wrote his best-known work, including the epic Don Juan.

However, after a long creative period, Byron had started to yearn for action. He had always been a supporter of liberal causes and national independence and in 1823 he received an invitation to support the Greek struggle for independence from the Ottoman Empire.

He provided financial assistance to the Greek rebels and wrote in favour of the Greek independence, even using his own fortune to fund and form a battalion of Greek rebel soliders called the Byron Brigade. Although he assisted in training troops, he never saw any serious military action, and contracted a serious fever whilst in Missolonghi. Byron died on 19th April 1824, just after his 36th birthday.

His body was brought back to England for burial, but his friends were refused permission to have him buried at Westminster Abbey due to his poor reputation. Instead he was laid to rest at St. Mary Magdalene Church in Hucknall in the Byron family tomb.