In this issue travel writer and photojournalist Sally Outram leads the way through some of the most historical and inspirational places in Nottinghamshire.
Sep 7, 2021  |  Katie Hogg  |  Heritage 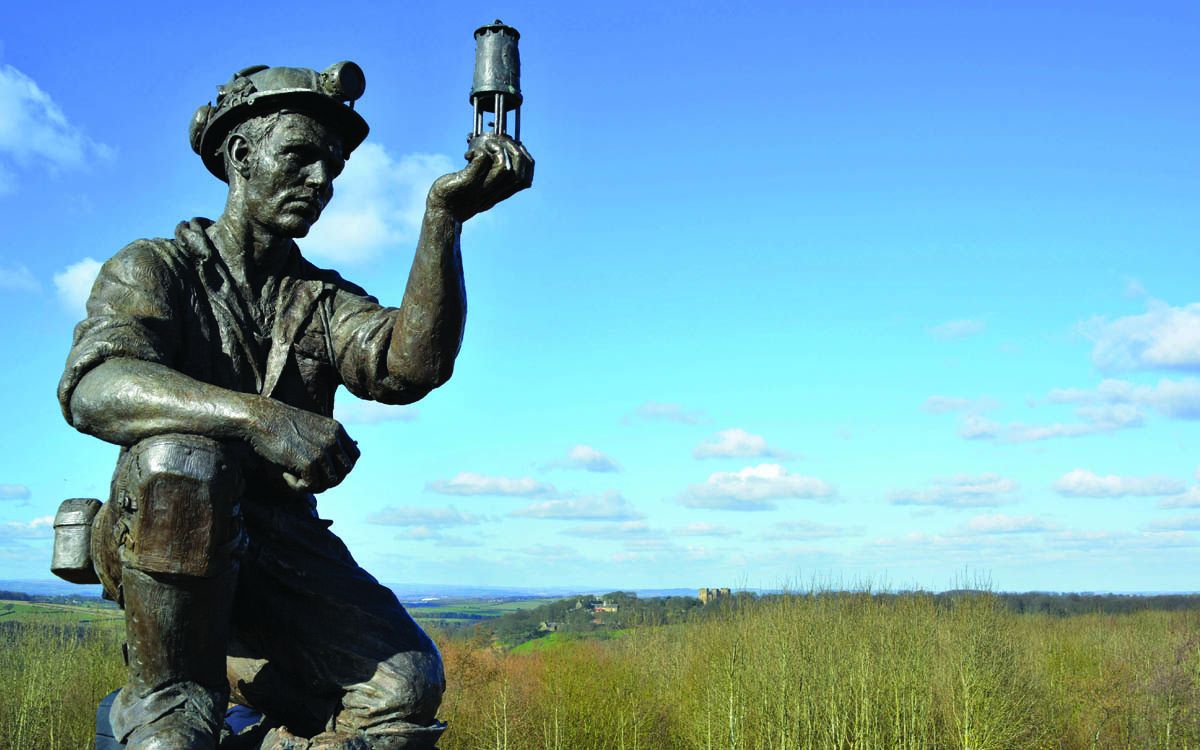 Just three miles west of Mansfield, this super short walk offers beautiful views over some of Nottinghamshire’s most historical and unspoilt villages.

Starting at the visitor centre, just off the B6014; Teversal Trails follow a network of old railway lines which were used for industry and passengers alike. Upon final closure of the lines in 1978 the area was transformed into an oasis for wildlife and nature, where parts are designated sites of scientific interest. The delightful route takes us on a journey through time, from Victorian railways, Lady Chatterley’s lover to ghostly goings on.

The flora and fauna are diverse; meadowsweet and ragged robin can be found in the damper grassland areas and the railway embankments are a mixture of scrub and grasses. Hard to believe that such a pretty place was once thriving with industry.

Artists and members of the local community, work on and maintain an ongoing sculpture project, there are many stone carvings, mosaics and wooden monuments along the trail which are of interest, especially the impressive statue of a Nottinghamshire Miner ‘Testing for Gas’ which sits proudly at the summit of Silverhill, one of the highest hills in the county and overlooks the far-reaching landscape across Nottinghamshire and Derbyshire.

The route takes you passed the Church of St Katherine which was built between the 12th and 13th centuries and boasts an impressive family pew, belonging to the Molyneaux family. It is unusual as it resembles a four poster with a roof, solomonic (barley-sugar) columns and red velvet curtains.

Nottinghamshire’s undulating landscape provided inspiration for DH Lawrence’s literary masterpiece ‘Lady Chatterley’s Lover’ and many places are observable in his writings. The woodlands on the edge of Hardwick Estate and Teversal Manor are where Lady Chatterley and her lover, Mellor’s met.

As we head back to the visitor centre, we pass by the Carnarvon Arms, which stands on the crossroads at Fackley. It was originally called the Cross Keys and became the Carnarvon Arms in about 1870. It has a mixture of architecture, the earliest dating to around the early 18th century, and has undergone extensive renovation throughout the years. It’s here in the pubs ‘Ship Room’, which is lined with wood and made to look like a ships galleon, is where DH Lawrence is said to have penned the novel ‘Lady Chatterley’s Lover. During the 19th century the Carnarvon Arms was also used as a shop, blacksmiths, and wheelwright, and during the second world war was used as an officer’s mess for paratroopers based at Hardwick camp.

The ancient crossroads and the pub are also the setting for many a ghostly tale with stories of strange occurrences and apparitions. It is said that an old miner wearing a flat cap haunts the area too.

Make sure go well equipped with plenty of water and wear good sturdy walking shoes or boots, and don’t forget your camera!