life on the track

The Nottingham Porsche Centre Team take us through the final two rounds of the Boxster Cup 2021. Drivers Matt Gough and Ashley White tell us more about their final races of 2021...
Oct 21, 2021  |  Made  |  Cars 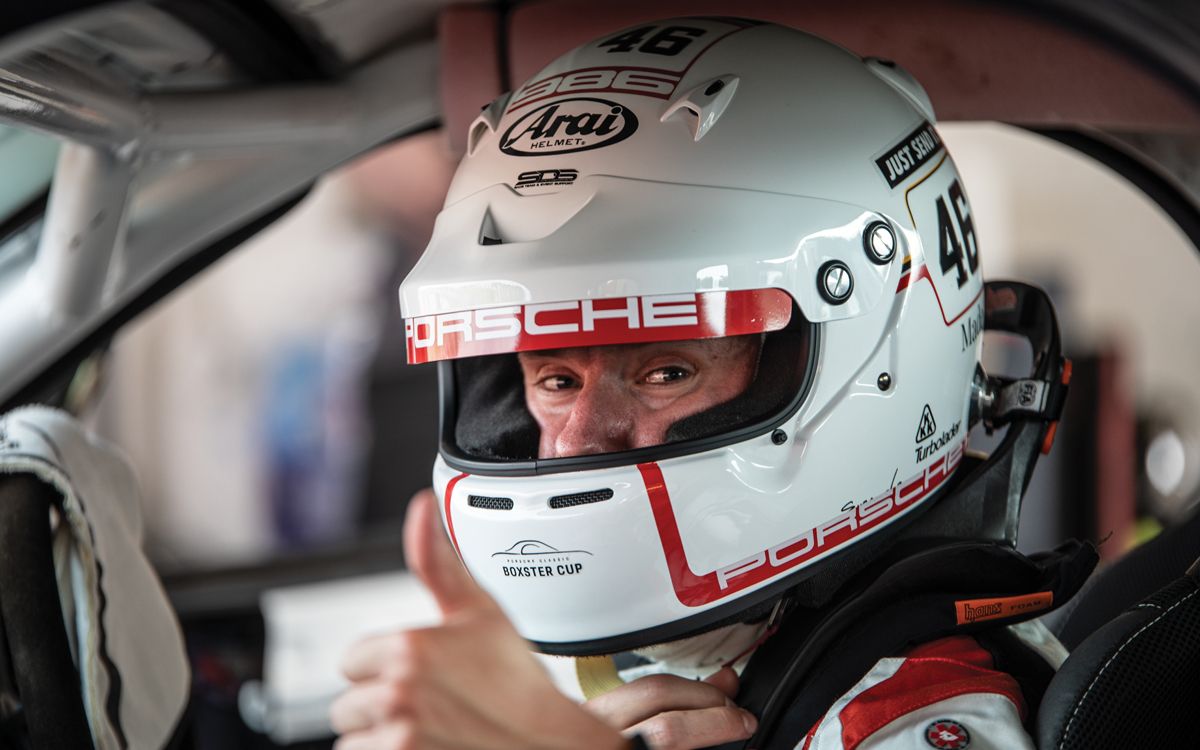 "We arrived at Brands Hatch for the Festival of Porsche with high hopes of scoring more important points in the championship. We knew it was a circuit we've previously done well at and we also knew that because it was getting towards the business end of the season, that there would be opportunities to pick up positions with title battles going on around us.

After the morning's practise and qualifying sessions, we lined up for the first race of the day in 8th position and Matt was feeling confident. As the race got underway, Matt had slow getaway and dropped to the back of the field, but as the cars headed around turn 2, he gained back some of the places he had originally lost and by the end of the first few laps he dived down the inside of another car to be back into 8th where he started.

From there on in, it was just damage limitation and get some clear space and bring the car home. It was a difficult race as we had to make space for the faster class one and two cars that were sharing the track at the same time. Overall we were happy with the results of race one.

Race two was a much more simple affair where Matt stayed out of trouble and pumped the laps in and eventually finished in a seasons best of 6th at the flag."

"Snetterton was the host of the final rounds of the season. The weather would play a big part in the weekend as both races would be ran in different conditions.

After a full day of testing on the Friday, we went into the weekend full of confidence. Qualifying turned out to be a real turning point for Matt in the car. It was the most confident he had felt all season and this was reflected in his starting position of 6th place.

In race one we got a great start passing a rival car going into turn one and held position. We was amongst all the other cars and was fighting in the early stages of the race. Matt had settled into the groove and brought the car home for some good points in a seasons best finish of 5th despite some late rain making the track challenging on the dry tyres.

Race two was a complete washout and was just all about keeping it clean and finishing the race. While others seemed to spin and struggle, we managed to bring the car back in one piece and finish 6th.

Overall this season we know we've had some hard luck at times but we know the pace is in the car for better results in the future and we hope to continue that climb in 2022."