Saddle up with the tour of britain

The 2017 Nottinghamshire stage of the Tour had an estimated one million people viewing (full live coverage and highlights) on ITV4 and 210,000 spectators lining the streets.
Sep 7, 2021  |  Katie Hogg  |  Sport 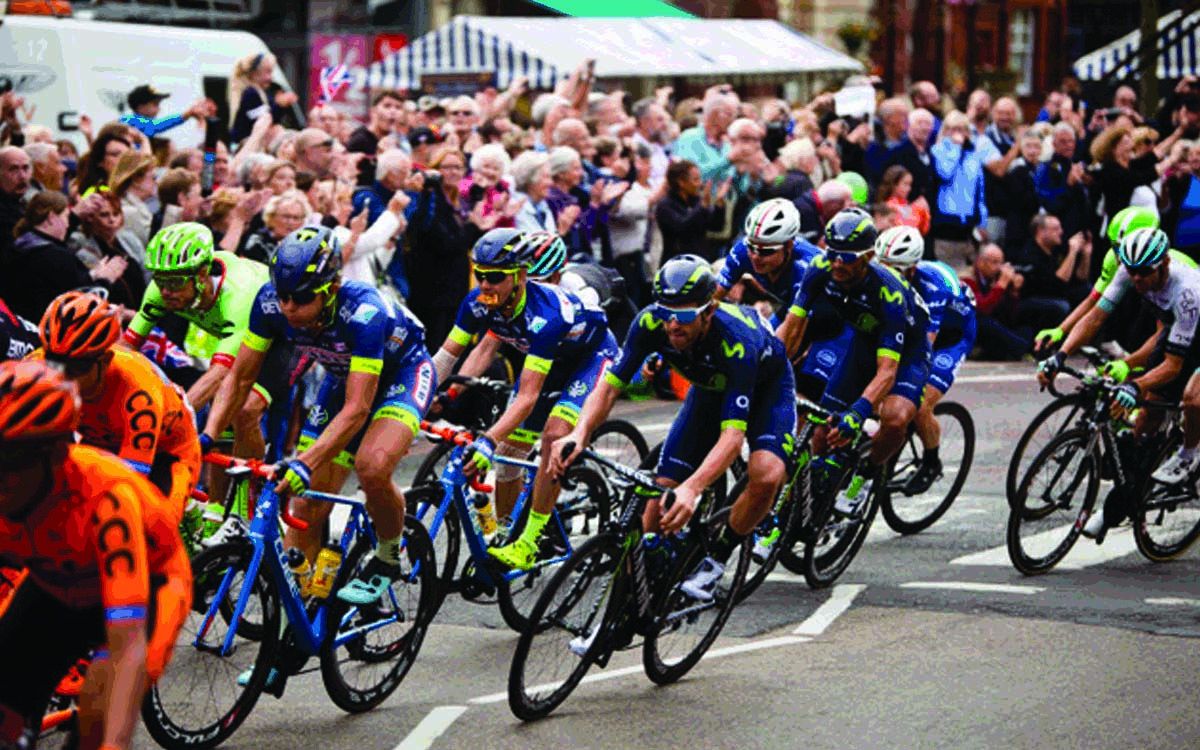 The AJ Bell Tour of Britain is set to return to Nottinghamshire in the Autumn of 2022 after a four-year absence.

It follows Nottinghamshire County Council agreeing in principle to operate a stage next year after talks with AJ Bell Tour of Britain officials.

Nottinghamshire hosted a stage of the UK’s biggest cycling race in 2017 and again in 2018 leading to national and international interest in our county.

The stage in 2018, which saw cyclists ride from West Bridgford to Mansfield, attracted 250,000 spectators, making it the largest sporting event in Nottinghamshire’s history.

Nottinghamshire also received an economic windfall from the tours with £3.9m spent by participants and spectators in 2018 on accommodation, food and drink and shopping.

Councillor Ben Bradley MP, Leader of Nottinghamshire County Council, said: “I’m thrilled the Tour of Britain is set to return to Nottinghamshire in 2022, an event like this has the potential to give our county a huge boost after the challenges of the pandemic.

“There are countless benefits to the Tour of Britain returning for our businesses, for our communities, for our health and for Nottinghamshire, including the chance to again be on a global stage which we deserve.

“The Tour of Britain coming back to Nottinghamshire would also play an important part in the economic recovery of our county and show we are bouncing back stronger than ever.

“Everyone should be very excited at the prospect of the Tour coming back to Nottinghamshire, every corner of our county could get something positive and long-lasting from its return.”

Full details of a Nottinghamshire stage, including a route and timings, will likely be confirmed in early 2022.

The next step to the Tour returning to Nottinghamshire is for the county council’s Communities Committee to give it the green light a week on Wednesday.

Councillor John Cottee, Chairman of the county council’s Communities Committee, said: “I’m sure councillors will remember how successful the Tour of Britain was for Nottinghamshire previously and I am delighted we have the opportunity again to host a stage.

“I was particularly pleased at the community engagement from our earlier stages of tours, including significant work with local schools, art competitions and partnering at a grassroots level with district, parish and town councils.

“We developed a real sense of community involvement; we would want to repeat this in 2022.”

The modern AJ Bell Tour of Britain started in 2004, and apart from cancellation in 2020 due to the COVID-19 pandemic, takes place annually every September, early in the month over eight days.

The eight-stage 2022 tour will start in Aberdeenshire and finish on the Isle of Wight, with further details about when and where stages will take place expected to be revealed in due course.

AJ Bell Tour of Britain Race Director Mick Bennett said: “The Tour of Britain had a fantastic time in Nottinghamshire in 2017 and 2018, on both occasions participants and spectators enjoyed a brilliant atmosphere.

“Nottinghamshire has a rich sporting heritage making the opportunity to hold a stage in the county even more special.

“It is fitting that the draft contract for next year has been announced as the 2021 Tour gets underway.

“We are delighted to be working again with Nottinghamshire County Council and look forward to putting pen to paper on a final contract in the near future.”