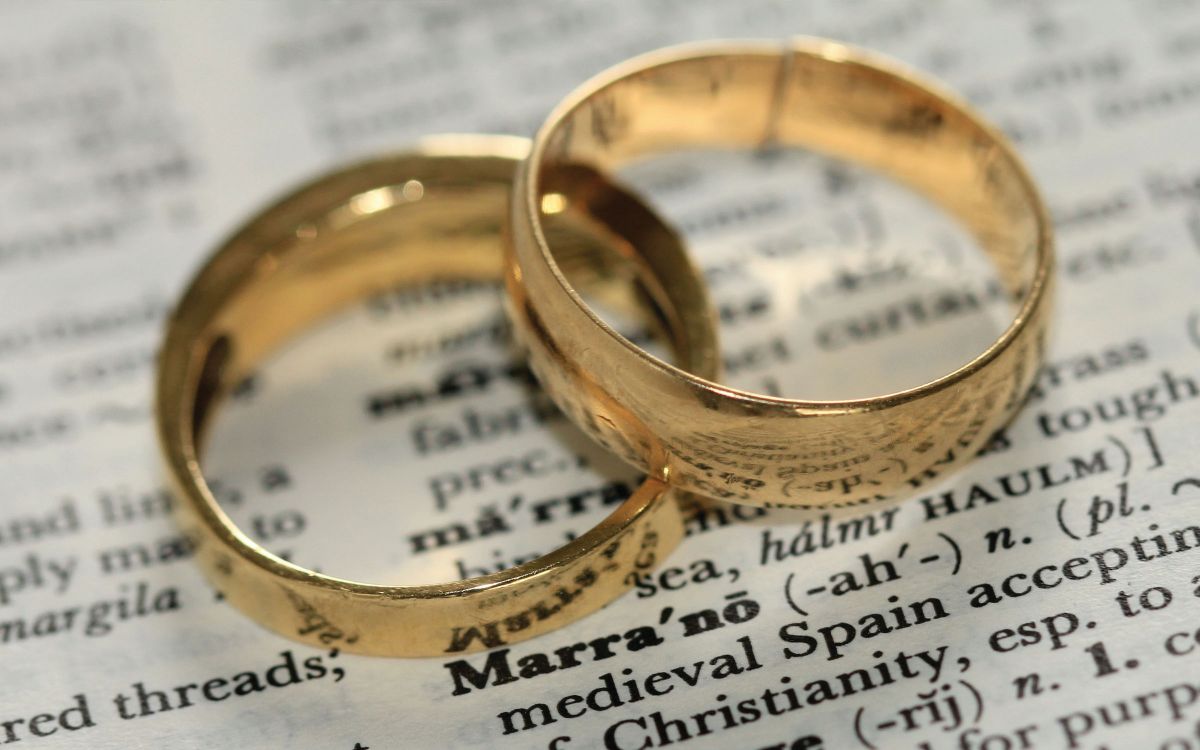 We are all familiar with the act of getting down on one knee, often as a gesture of respect, loyalty or even obedience, although we are not advocating you must obey your future wife or husband! Its exact origin is unknown but some say that it stems from the Middle Ages when a man would bend down for a woman he adored. Nowadays it is still common to get down on one knee to propose, and there’s a vulnerability and deep emotional connection that is still rather romantic.

Another tradition, perhaps not so well known nowadays, is a “silver sixpence in your shoe”. Apparently it is said to bring the couple wealth and happiness during their life together. It was a sign that the bride’s father gave the couple his best wishes. We are not sure how far you can get on a six pence but it’s an endearing notion all the same. Of course there were business connotations as back in the day of arranged marriages the union would be seen as a business arrangement rather than one of love. In fact the couple weren’t even allowed to see one another before the big day.

Fast forward to now, and it’s seen as unlucky to see your other half on the morning of your wedding, but as your day now is likely to be one filled with joy and love rather than a convenient arrangement jury’s out on whether this is a tradition still worth upholding. 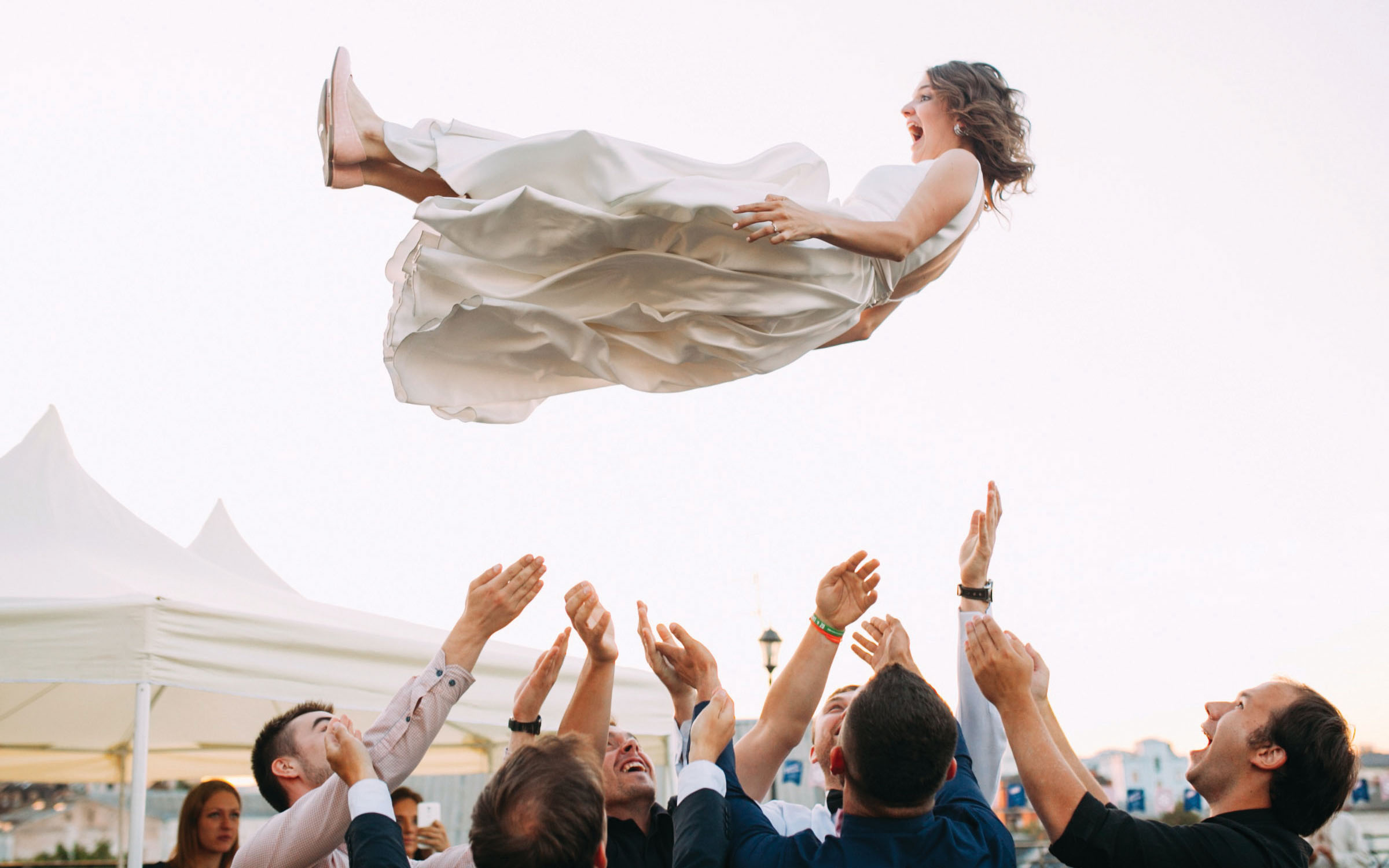 Again perhaps not so familiar nowadays but there has been through the ages a certain deliberation as to which day is best to marry. According to the rhyme, might be best to avoid the weekend, although ironically this is usually the most popular time.

Another tradition dictates the time of the day that is best for the exchange of vows. Apparently this should take place as the clock’s minute hand is ‘ascending to heaven’.

Goodness! If you are planning wedding right now, we hope you are taking notes of all the dos and don’ts!

Traditionally the father of the bride gives her away. This is also a remnant of the times when it was more of a business arrangement when brides were literally handed over to a “new owner” usually in exchange for money or a significant dowry. Nowadays whilst it is often the father who has the honour, brides can and will chose whoever they wish to give them away.
You will probably have noticed that the bride stands to the left of the groom during the wedding ceremony, and you may have wondered why. This actually stems from times when the groom would protect her with his left arm and use his sword with the right. The groom would need to fight anyone who tried to steal his wife. You cannot help but feel sorry for the brides who were marrying a left handed chap!

Nowadays the bride will often try on and indeed chose the wedding ring before the big day, but in bygone times it was deemed unlucky to see the ring. It was also said to be dangerous to drop the ring in church, the first of the couple to do so would be the first to die. And finally rings should not be removed before seven years of marriage or you can expect a pot of back luck.

Now on to sweeter things, in other words, wedding cake… Originally guests would bring small cakes and place them in front of the couple who would kiss over the piles of cakes to safeguard future prosperity. Eventually this became a central cake, and the tiered cake we know today, originated from the wedding of Prince Leopold, Duke of Albany in 1882. The cutting of the cake is a focal point at most weddings, a delicious tradition when the first cut was made by the bride to ensure the marriage would be blessed with children.

Many would say that the dress is the focal point of the day (although we are still thinking about the cake) and ask most people if it should be white and there’s a pretty resounding, yes! Its connotations with purity is the main reason it has been chosen by brides. There are references to wealth as white has previously been linked to only the affluent. You will be forgiven for thinking that a white dress has been the traditional choice for many generations, however it was a trend that came into play after the marriage of Queen Victoria in 1840, who was the first to do so. Previously brides wore the most expensive dress they owned.

Some brides like to wear a veil. Apparently this originated from the times of arranged marriages as the bride had to stay covered until the groom had committed to the marriage. It is also said to be a beautiful unveiling (see what we did there) of the bride’s beauty once it is lifted, and there are also references to the veil warding off evil spirits. A note to brides’ don’t let your friend try on your veil, or she could run off with your husband, according to folklore!

For the groom, there can only be a wedding with a best man. It is said this traces its origins to Medieval Germany, back to times when chivalry was ripe. Women were kept under close watch, often at home, and so the best man would assist the groom in keeping her safe and under wraps until the big day. There is also association with Germanic Goths who dictated that a man should preferably marry from his own community. When women were in short supply locally eligible bachelors would need to capture a bride from a neighbouring community, and this would require the help of another man. And so it began. The best man would start by the groom’s side until the marriage had been consummated, effectively ‘on guard.” In case her family tried to steal her back!

Bouquet carrying and throwing; ah that’s another tradition that has stood the testament of time. Traditionally the bouquet was never carried down the aisle to look pretty but rather to mask the bride’s odour! Thank goodness for perfume nowadays. There are rumours that the scents of the fragrant flowers also warded off evil spirits, particularly as originally bouquets were made of herbs and garlic. Yes, garlic! Throwing the bouquet stems from a French 14th century tradition where the groom would throw the bride’s garter into the crowd but this room became more civilised and the bouquet stepped in. It is still believed that whoever catches the bouquet will marry next.

Confetti stems from the more traditionally thrown rice, which was believed to encourage fertility, and was later replaced by the Victorians who used shredded paper. Weddings today usually see the couple showered with confetti, biodegradable of course. 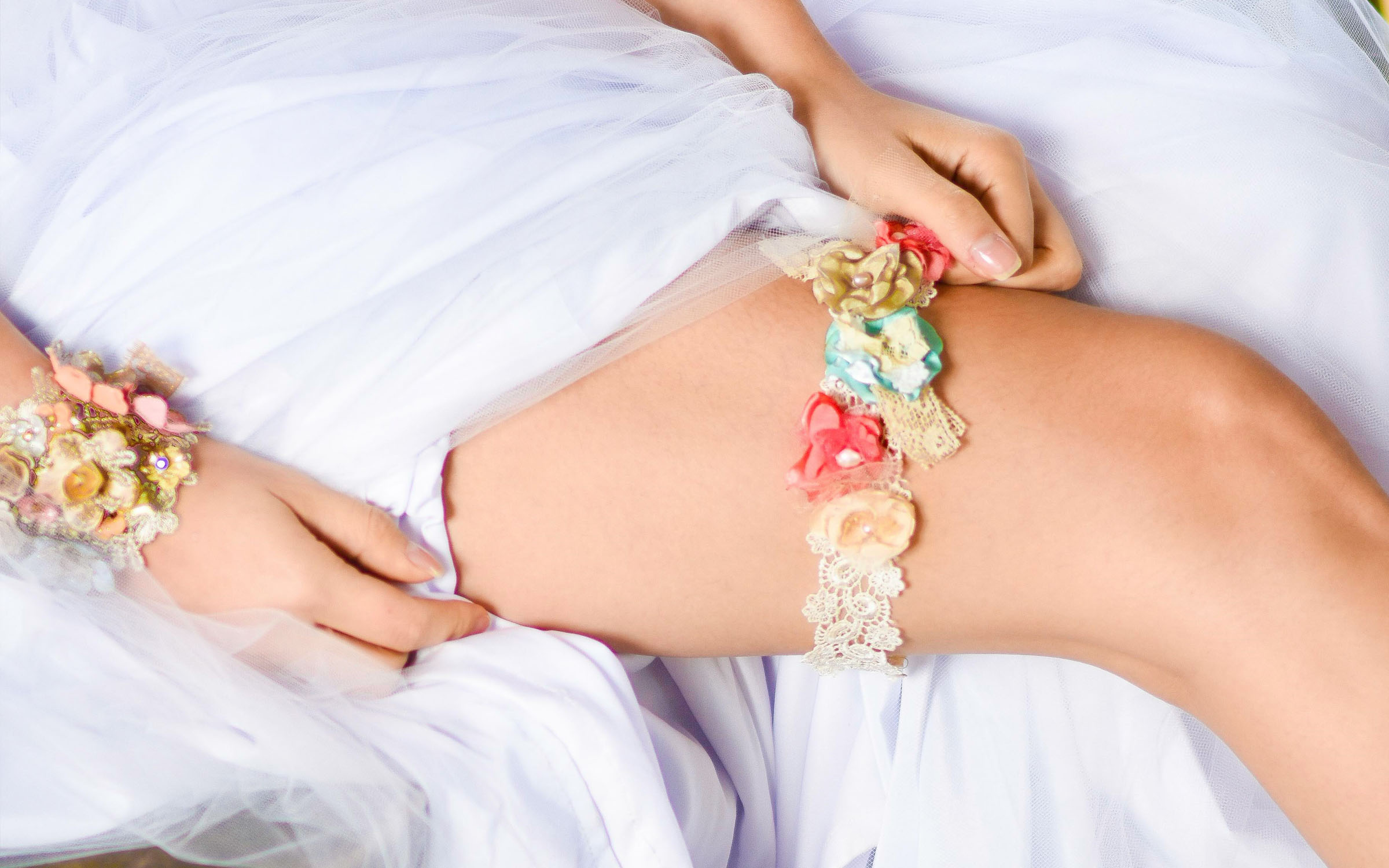 Lace garters are traditionally worn by brides. Once related to deflowering, there have also been superstitions that by removing an article of the bride’s clothing would bring good luck. In the Middle Ages groomsmen would rush at the new bride to take her garters as a prize. Over time grooms have removed the garter themselves with their teeth and throw into the crowd, and seemingly whichever man caught it would marry next. For us here in Nottinghamshire there is a fondness with the garter stemming from the lace making of our county, in particular in Nottingham - home to the lace making industry.

Another lovely tradition is wedding favours. Something for guests to remember the day by, and it has been adopted by couples for hundreds of years. Originally this would be a small bag of five sugar coated almonds each one symbolising health, wealth, fertility, happiness and a long life. Nowadays the wedding gifts, or favours as they are often referred to, can be anything the couple of decide on, but one thing is for sure, if you attend a wedding you will receive a gift!

Stag and Hen Dos are as popular as ever, a tradition that is perhaps more of a rite of passage now. Where did it all stem from? Etymology (study of the history of words) shows that in early 14th century English, hen pertained to a female of any species, and stag used to mean to a male of any species. Hen Dos didn’t really become popular surprisingly until the 1990s. In fact many of our parents didn’t have one and many centuries have passed without celebration for hens since their elaborate Ancient Greek beginnings. It has only been known as a hen party since the 1960s, often called “pay off”, “ribbon girl” and “jumping the chanty”. In the 1970s women were paraded around their workplace as relinquishment of work and entry into domesticity and motherhood. Often with ribbons and lace tied to them, particularly popular here in Nottinghamshire. Much has changed however, and now men marry men, women marry women, and work does not cease!