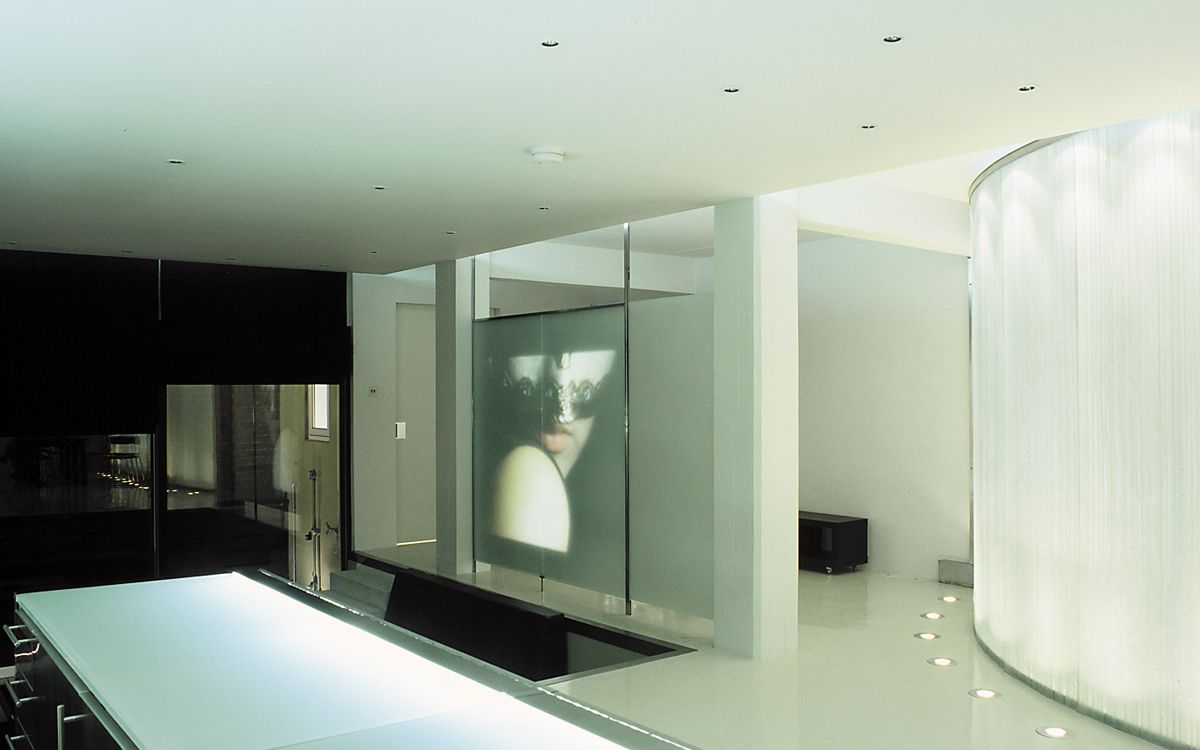 To try and begin to describe this love affair into which I entered over 28 years ago, almost unintentionally just as all the best love affairs, would be to say that the art of architecture for me is to dream; to create and invent by reaching for this vision, and ultimately to escape by believing in it.

Sometimes these daydreams fall from the imagination onto the page as scale-less fantasies in scribbles or prose, sometimes they tumble unbidden into loose, rambling or intoxicated, heady conversation, and sometimes they are manifested in three-dimensional 1:1 reality.

These included implications on spatial conditions of the allegories of fashion, body and mind and so an understanding from the point of view of the spectator, the voyeur; the creation of space through physical choreographies of the body in dance and of the elements, particularly light, on a fixed site; the layering of histories to feed architectural interventions for future proposals onto the site; the temporary nature of architecture as installation, commenting on a site through transient overlays of film, image and sound; the experience of architecture as a passage through space in time, read as a palimpsest embedded in its context to generate a progression of sequential spaces, a narrative.

The main objective is always to compose at points along this journey, spaces of voyeurism from which to view and observe, and to enable a removal from the everyday, one's self and the present; to escape

My first personal escape, after moving to London to study, was my journey to Australia to find work after gaining my Part I. After several interviews during an architectural lull in Sydney, in which Architects were anxiously awaiting the release of Olympic projects, I encountered Cox Richardson Architects. This large commercial practice provided my first architectural position. I had the pleasure of working within head office for the majority of the time under the gaze of Philip Cox, and briefly with Cox Interiors. On reflection, I think this experience emphasised the impersonality of such large organisations, despite the personalities I encountered there, and set my course to the more intimate scale of architecture I now follow.

Returning from Australia, I gained a placement with the Office of Zaha Hadid. During this period the office swelled according to competition deadlines, which dominated work at that time. I had the fortune of working here during its smaller-scale period and so enjoyed the close team dynamic at first hand. I enjoyed my short time here, partially due to its very brevity, and so was prepared to totally immerse myself into this twilight world with the ultimate fantasist Architect. This revealed to me the other extreme of architectural practice, to which I feel a greater affinity, and modestly emulate today. This initial plunge into the professional depths of architecture revealed to me new facets of this affair to which I had committed, and each stark contrast afforded me a fresh aspect on my return to academia.

Following graduation I took the plunge to put my design skills to the test for the first time in reality, and entered the world of contractors and building inspectors. I took the part of both client and designer.

This adventure is now recollected fondly but was a daunting challenge at the time. It sowed the seeds for my current method of practice for which I am thankful, and was such a steep learning curve that inevitably I gained much more understanding and appreciation of the architectural process, from initial dream through to built artefact.

Following completion of this, my first independent project and whilst interviewing for a permanent position within selected architectural practices, I organised a press view of the space and invited a mix of architects, journalists, editors of both UK and foreign publications, and film and photographic location companies to attend. This generated interest from an array of sources and so started an exposure of the project in the public arena.

My next position was with Dearle & Henderson. This large commercial company was predominantly comprised of building surveyors and project managers, with just a small architectural team of six. I was based in the London office, and experienced excess in workload constantly disproportionate to the available personnel, resulting in great work dissatisfaction. I know that this was the final nail in the coffin for me, regarding working within a practice. I felt this experience was of such a negative nature, due to the disorganisation, lack of respect, internal politics etc, so that I was simply waiting for a way to escape, to pursue my own direction.

During this time more interest in my private work began to stir in various forms and Unit 2 began to appear in a plethora of media; architectural articles, a feature film, a music video, which brought far too much disruption and so the first and last of those formats, product advertisements for TV and the press, editorials on celebrities including writers, musicians, and fashion shoots. From this exposure, I was invited to participate in a handful of TV programmes to feature Unit 2 and sometimes also myself, as its designer. The most exciting was Channel 4’s competition for Britain’s Best Home, in which Unit 2 and I appeared as one of fifteen properties making up the apartment category. We were selected by the panel to proceed to the next stage, the final three, resulting in second place.

Excitingly, I had started to receive private commissions during my employment at Dearle and Henderson, and so gladly ended my time there to take on these projects, and revert back to the process I had initiated after graduation. I approached Tim McArtney, a partner in CPMG Architects in Nottingham, proposing he act as my mentor to which he agreed, as I recognized the need for guidance and advice at this early stage of my career and experience. I had previously enjoyed a placement with Tim during the summer preceding my entry to the Architectural Association. We agreed to a regular schedule of meetings during which we discussed current projects and problems. I chose a limited company as the form of practice for Julie Richards Architecture & Design.

It was then by a chance encounter that I was offered a teaching position at the University of Nottingham. My position was to assist part-time as a design tutor for third years in their quest for Part I. I embarked on this career offshoot with some trepidation initially, but soon began to enjoy this new challenge as a welcome balance to private practice, as it brought an opportunity to re-enter a valuable exchange of ideas and theories of architecture with students and fellow tutors alike. I was a lecturer here for a period of 10 years, 2003-2013; a design tutor for the first four years then promoted to a Unit Head. I enjoyed the reciprocal process of inspiration between the students and myself, and by sharing the enthusiasm and expertise in architecture I gained from my immersion in the Architectural Association.

In conclusion, I believe that it wasn't so much by chance that I took this strange leap of faith over 28 years ago, and succumbed so to its intoxicating intensity. The seduction proves demanding, yet rewarding, and as time moves on I realise that I barely remember a life without it, just as all the best love affairs ...

Over the next few issues we will be looking a little deeper into our architectural manifesto, and more specifically how this relates to thoughts on spatiality, materiality, lighting and furniture.

From interior design to architecture, if you have any queries or a project to which you would like Julie to apply her structured, creative thinking, please don't hesitate to contact her on the details below. 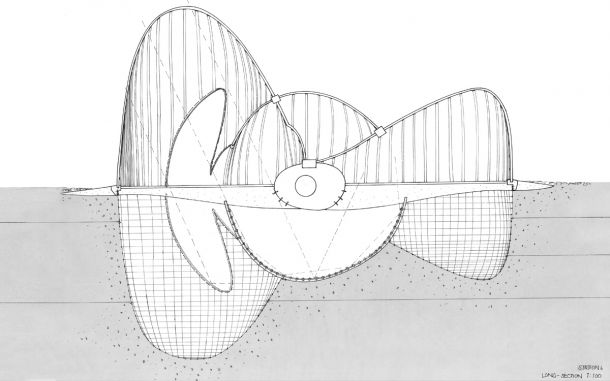 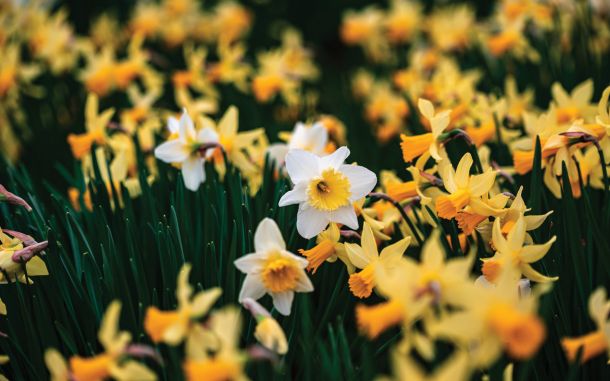 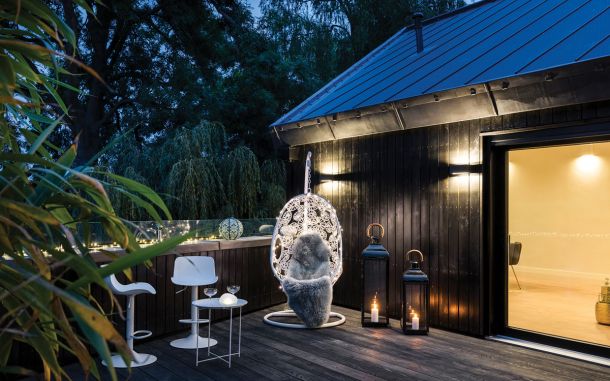 Property Of The Year Award 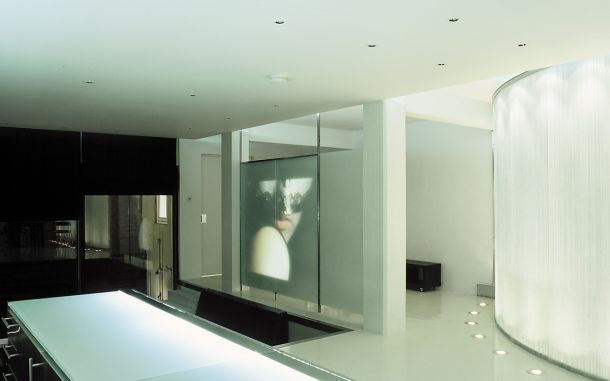 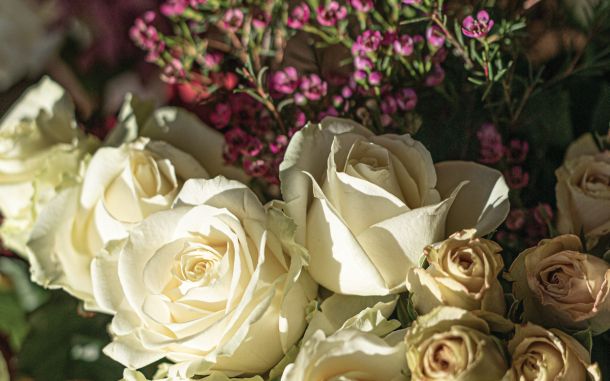